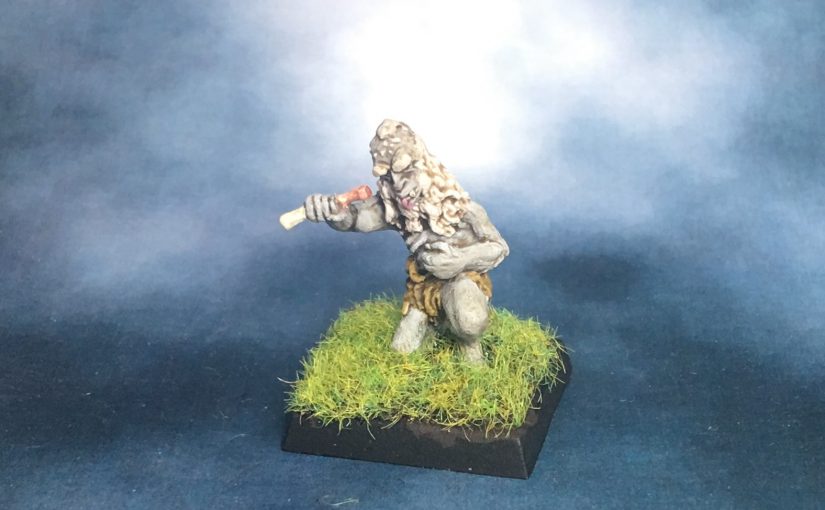 Also from the Grenadier Monsters box set, here is a wight that I used Army Painter’s Strong Tone with. I only highlighted his hair and the bumps on his forehead. For future minis, I will definitely do more highlighting. Instead of using Vallejo Model Color’s Dead Flesh like I used with the zombie, I used a pale gray for the skin. I’m not very happy with the combination of that with the Stong Tone. Sorastro used Citadel’s Palid Wych Flesh as the skin base color, which I don’t have, so I tried to approximate it.

I added the bone that he’s licking. All the undead in this set have a similar pose in which the right arm is held up for no apparent reason. I feel compelled to add a reason. I probably should have put a headstone behind him or something, too.

Edit: Mike Monaco (from mikemonaco.wordpress.com) pointed out that this is the ghoul from the monsters set, not a wight.  Thanks Mike!  If you like what you see on this site, you should definitely check out Mike’s site.  He’s a painting MACHINE!