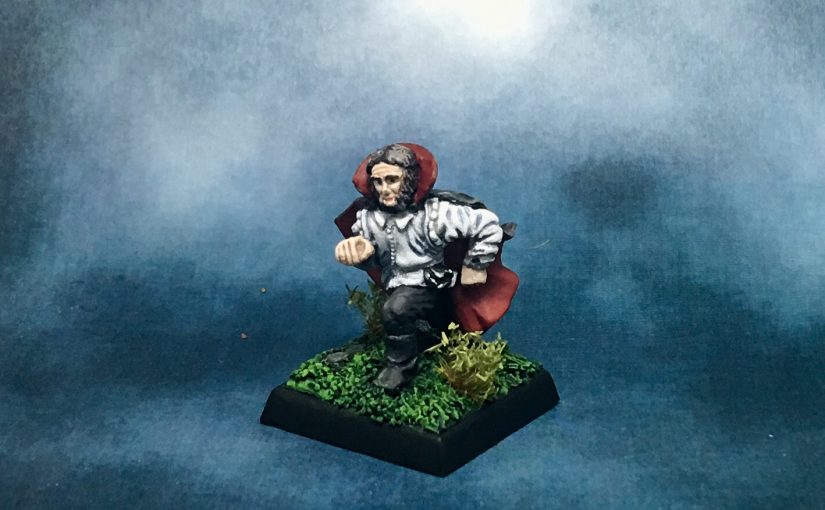 Another of the right-hand-raised undead from the Monsters box set.  White, black, and red are probably the hardest colors to paint well.  The shading is so sensitive; white is had to avoid making muddy, black is hard to make not look gray, and red is hard not to make orange or pink.  So this guy took some work, and obviously I still need practice. 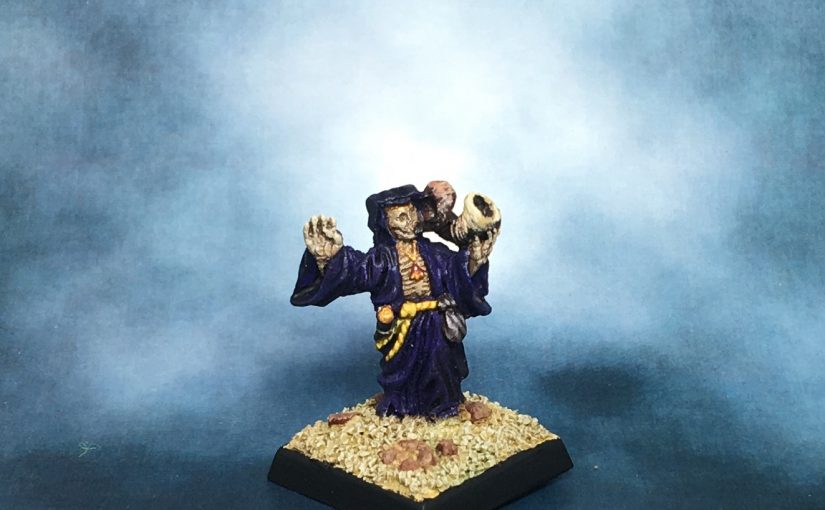 It took three tries to get this guy done.  I originally had him black but didn’t like it so stripped him back down and tried red.  I didn’t like that, either, so I stripped him down again.  Then, my friend Mike over at Swords and Dorkery, painted this mini in purple, which looked great, so I did likewise.  Hopefully Mike will remember that imitation is the sincerest form of flattery… 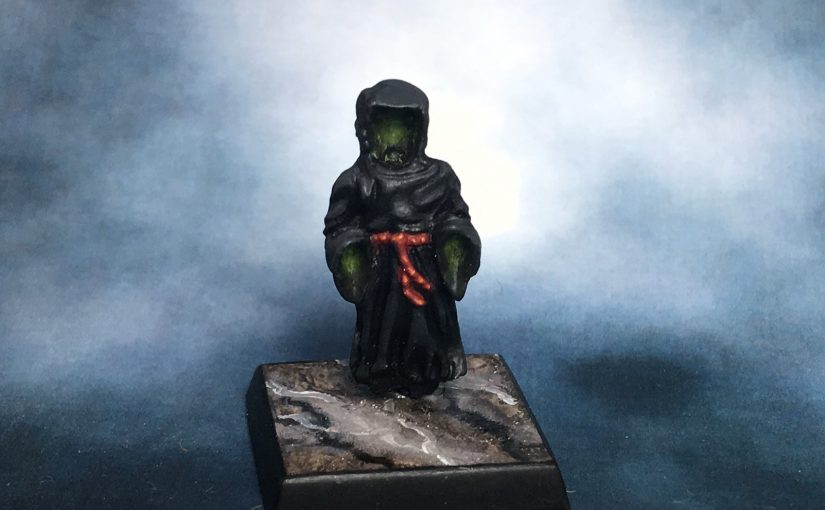 Another undead from the Grenadier Monsters box set.  This guy is the only undead of the set that doesn’t have the right-hand-raised feature.

I cut off the original broccoli base and put him hovering over a marble-like floor.  He’s supposed to be glowing from inside his hood and sleeves.  I think I should have pushed the glowing effect a little more, as in these photos it comes of too dim. 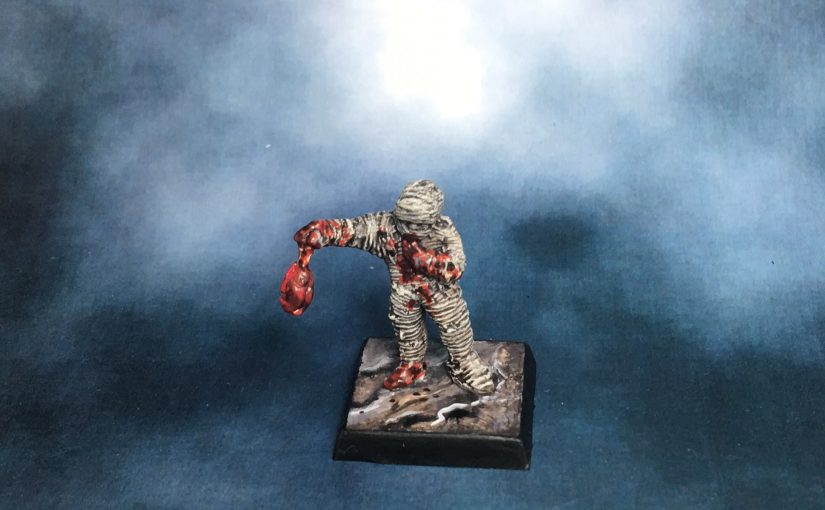 This mummy looked a little strange with his arm outstretched and one hand near his chin. So added the big hunk of meat to try to make sense of his pose. It’s gratuitous, I know, but he is much more interesting now.

He is from Grenadier’s large Monsters  box set. 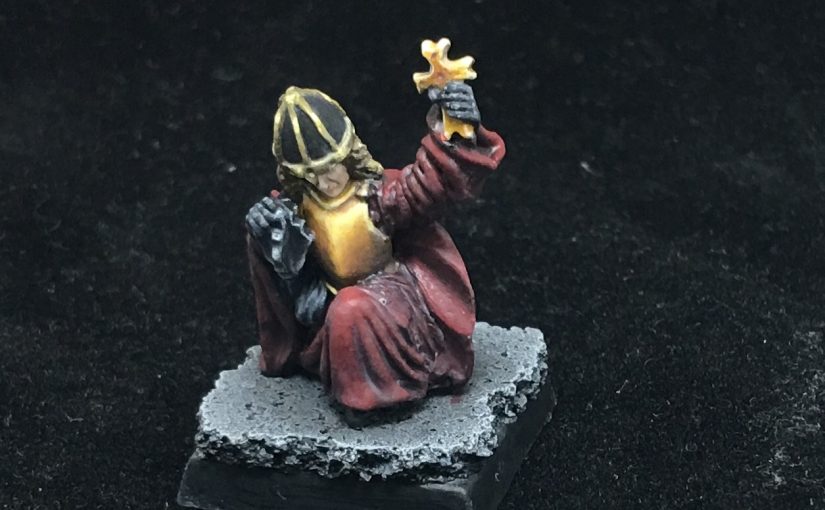 I remember this mini from when I was very young. I played D&D with my brother and his high school friends (I would have been about 10-12).   One of his friends had the Grenadier Specialists box set of minis. This cleric always caught my eye. It has an unusual pose, a snapshot of a warrior priest at a penitent moment. I always thought it was a female until a couple months ago when I was inherited the Specialists box set from a dear friend.

I used this as an opportunity to work on my NMM (Non-Metallic Metals) skills. I’m pretty happy with the breastplate. I’m ok with the helm and holy talisman, though I acknowledge that they could both be better.

Because I’m colorblind, the red robes were the most frustrating part. I knew how the colors ought to be mixed, and where they should be placed as I was layering them on. But because there isn’t any significant distinction between the red shades for me, I had no idea if I was getting them in the right places. I had no idea if I was glopping anything where it shouldn’t go, etc.

I wanted to keep the focus on the gold breastplate, so made a very simple base; a dark stone slab with edge highlighting as if to indicate the cleric’s space was holy or hallowed.