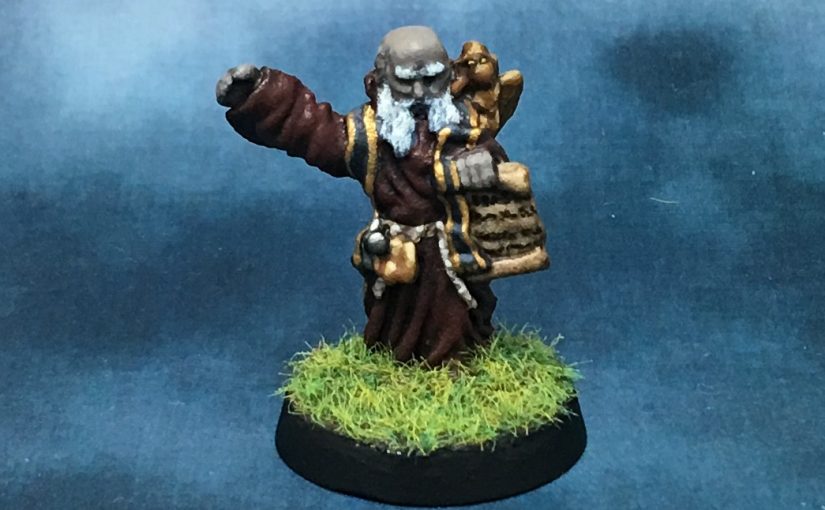 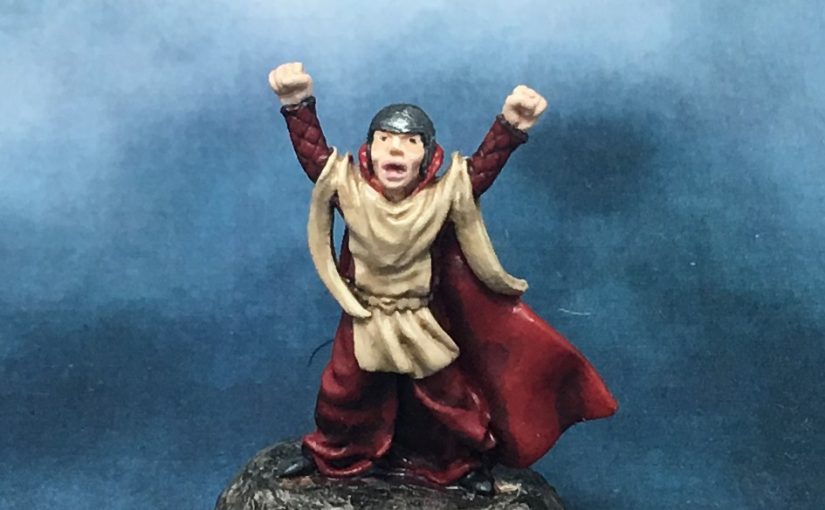 This was the bonus figure that came came with Red Dragon II.  Since he is so very devoted, i used the same color scheme as I used on the dragon. 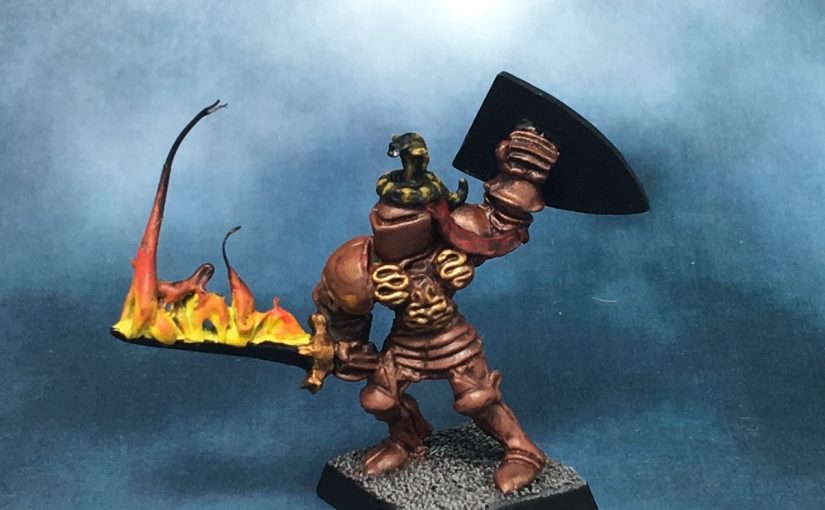 This was one of my favorites as a teenager.  I did not like the snake motif way back then, so I cut the snake off his helm and painted him all black with some silver trim.  This time around, I recreated the snake with a paperclip and Testor’s Contour Putty to re-sculpt it. I used hot glue to make flames on the sword.  The shield is stuck to his fist by a round knob on his hand and circular hole in the shield.  I incorporated that hole by painting an eye motif on the shield. 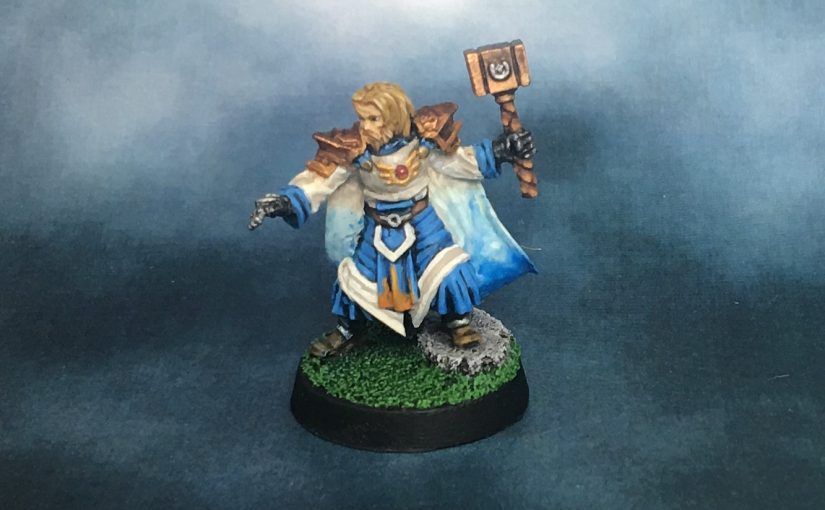 High Priest Berosos.  This is one of the few minis I have ever been able to paint with a bright, rather than drab, color scheme. 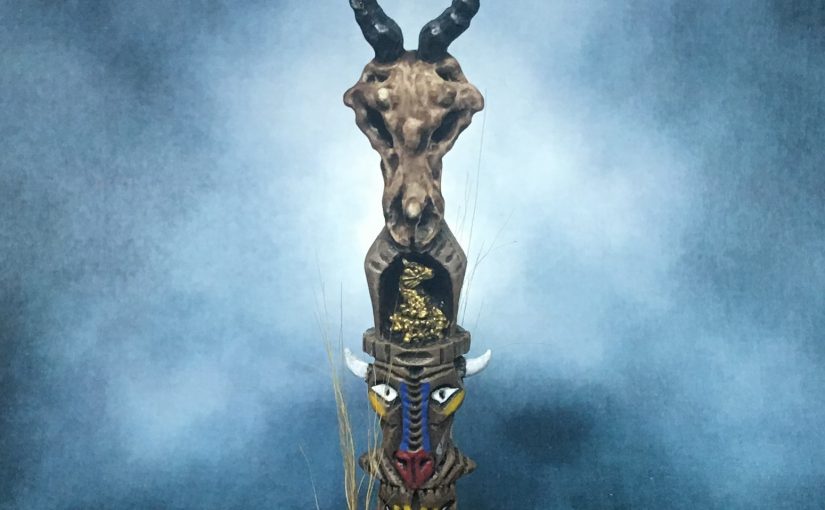 From the Grenadier “Encounter at Blood Valley” box set. This set was gifted to me by old friends, and they had painted the other minis.  I figured I’d better finish it off.

My daughter chose colors for this.  It is a necromancer from the Kings of War game. 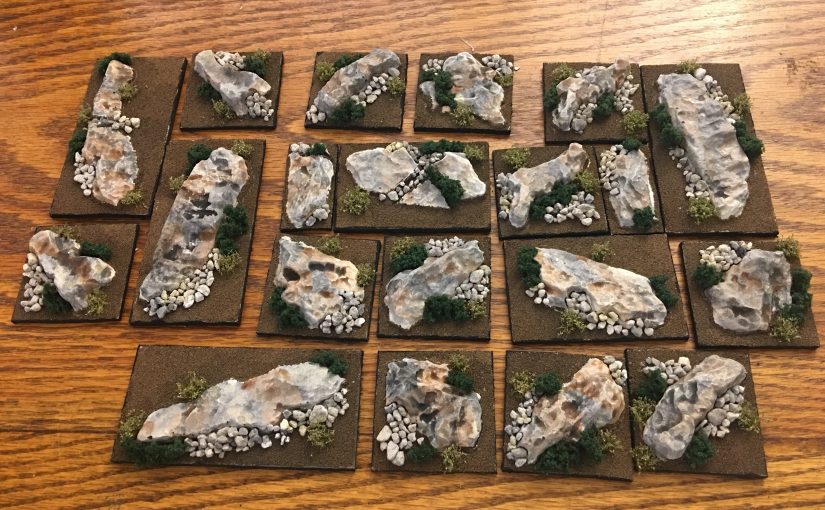 A craft store was going out of business near me, and I picked up several SceneORama kits for $1 each.  One of the kits was this plaster rock making kit.  I molded the rocks, then glued them to balsa wood squares and rectangles.  I used the included paints to put several earth tone washes on them, then used watered down PVA glue to coat the bases with fine talus.  When the water soaked into the wood, it caused them to warp.  They flattened out, mostly, but I definitely should not have used balsa.  Last, I added coarser talus (included in kit), more washing (and more wood curling), and vegetation.

I have often considered using something in my D&D games to show areas where characters cannot go due to rough terrain and other obstacles.  So that’s what I’ll use these for…someday.

Another from the Monsters box set, this wererat leader has two little rat friends to keep him company. This guy is almost all rat, but with conspicuously human arms. And he wears armor. This is also a case of a creature carrying two weapons and seeming to prefer using the worse one. The sword is not the one that came with the mini. That was lost long ago. My friend Mike (from Swords and Dorkery) came to the rescue and provided me a leftover sword from one of his massive boxes of pieces/parts. 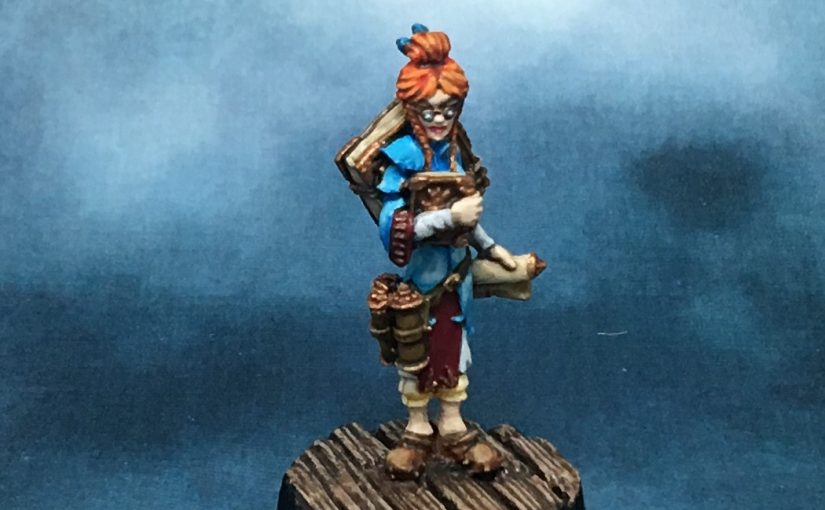 This mini was a father’s day present, picked out by my wife and daughter. 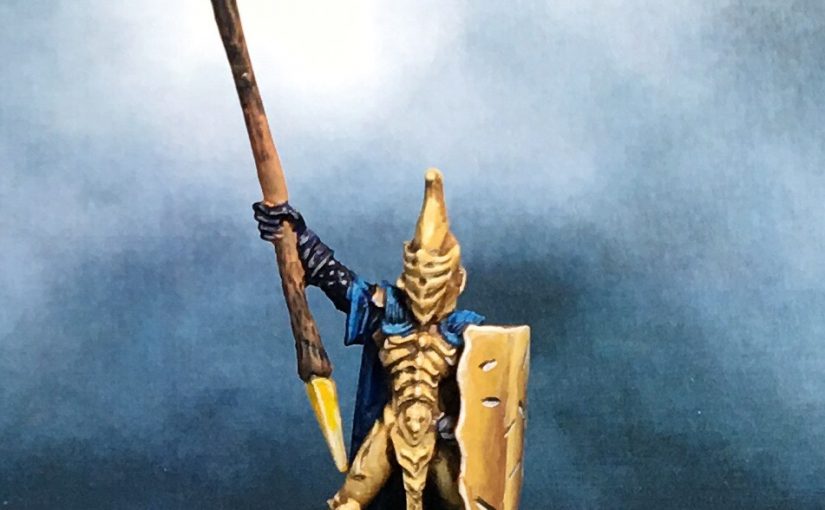