I got this miniature in anticipation of running the old AD&D adventure modules D1, D2, D3, and Q1, which all involve lots of dark elves.  The campaign started with the Slavers series, A1-A4, continued through the Against the Giants series, G1-G3 and ended right after we finished G3, “Hall of the Fire Giant King.”

I was originally going to put it on a 1-inch base, since she is a medium creature.  Then I saw a miniature on the Reaper.com forums that had a really beautiful floor and carpet, so I sculpted up my own marble floor and oriental style rug for Shaeress.  I’m glad I did, because I’m happy with the way the floor and rug both turned out.

I was also originally going to add a pair of large wings to her back.  Later, I figured that since dark elves are associated with spiders, not with winged things, I would nix that plan. 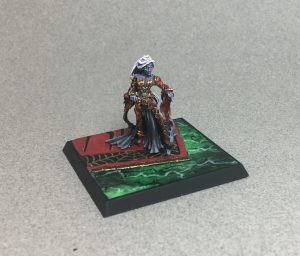 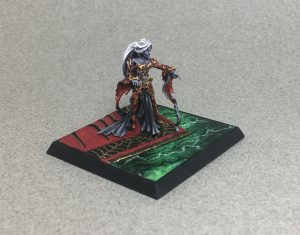 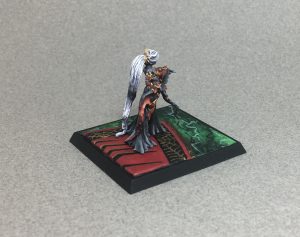 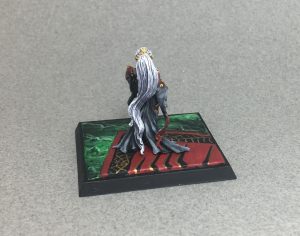 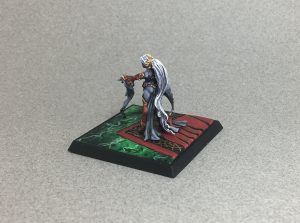 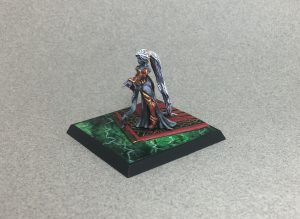 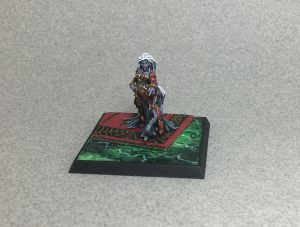 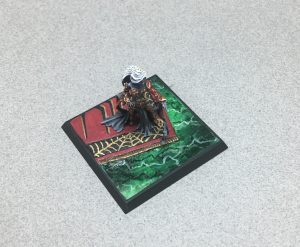